CoderZBlogTips from an Expert: How to succeed with your robotics team

Tips from an Expert: How to succeed with your robotics team

Success, by a broader definition is “achieving what is desired“. Therefore, for a robotics team to be successful it must first choose its own goals and vision, and these things vary heavily from team to team, region to region, and even between individuals. Some will define success as providing a fun and fulfilling experience for students, while others might define their goal as implementing a wide community outreach program. For the purpose of this post, we will define success as achieving recognition for a team’s efforts; AKA winning. AKA awards.

For teams who are a part of the FIRST Robotics Competition (FRC), this could be measured by a magical statisticknown asBBQ (Blue Banner Quantity).

In this post, I will be going over what I think is a good way to create success with your robot. Not your team, not your community outreach – just your robot.

There are many different approaches to running your team during the build season, and what model to follow in order to win.

The first thing, and the most important one is deciding that you want a good robot. Making a conscious decision that you will dedicate fully to it, at the expense of other important things in your life. This decision impactson many team members, and must be made before diving into it. If you don’t put in a lot of work, it will be nearly impossible for you to compete with the dedicated, hard-working teams that will be competing against you.

So, what are the different methods?

The Chinese way – learn from the best, combine them all and become better

Well, that’s easy to say. But where do I learn from? Here a few examples:

Remember that what works for a certain team, probably won’t work for you. The idea is to take what many teams do, and mix many different parts into your own magic recipe. Be different, but use what the bests do.

Let’s be honest, funds are a big part of being successful in robotics. FRC is expensive, and it will be very hard to beat the well based teams with a non-existing budget of your own. Tools, fabrication, materials, traveling to events, registration, COTS parts, manpower, all cost money, and all are important in order to make your robot better. Expecting money to just come your way will probably not work, and crying about it mightmake things even worse.

Go out there and fundraise like crazy. There are 56 weeks in a year, 6.5 of them are build season, and another 8 are competition season. That leaves you with 41.5 weeks to fundraise. Hold events, visit sponsors and have them visiting you, apply for grants and basically just do whatever you can do get what you want.

Don’t go asking for just money, a free CNC machine will be even better, parts manufacturing is awesome and free pizza once a week will make everything seem a bit better for your team. Now that only makes sense that under the American way we’ll have a video of an incredible Texas Machine, sponsored by NASA and working at their facilities. I know the robot is cool, but try to look at the workshop around it in the video as well.

Nothing is easier to do, and had more impact on your machine than simply putting the most work you possibly can into it. Teams 1678, The Citrus Circuit are a team that is known for doing just that. One of their famous sayings is “Outwork Us“. You want to beat me? Work harder than me. Just have a look at their unbelievable rise in the last few years. 4 consecutive Einstein appearances, 4 times in a row winning their division at the world championship. Does anyone really doubt they’ll make it 5 in a row next year? Also, just have a look at their awards list.

The German way – be organized

The build season is a very short time to do what you all are doing. Nobody in the industry works that fast, but you have to. There is no time to waste and ou have to be efficient if you want to be good. Manage your time and resources well, they are both very important. Don’t go wasting time and money on something that’s not worth it.

Remember to set measurable goals, with deadlines. Each prototype – should have a leader. This will make team members take responsibility, develop leadership skills and improve everything your team does. Your team must have a team leader, who is taking responsibility when stuff goes wrong and makes sure things are set straight. This individual has to know to make decision that hurt from time to time, and my personal recommendation is for him/her to be an adult mentor.

“At a certain point in the season, comes a time when you have to shoot the engineer and build the damn robot”

JVN, mentor of Team 148, the Robowranglers

Don’t hesitate to cut the BS and make sure you stand within the schedule you set yourself. If you don’t – you might come to the competition with a not working prototype.

Most teams can’t fabricate whatever they want. And to be completely honest, there’s no longer a real need to be able to manufacture your own gearbox in order to be good. Thanks to suppliers like AndyMark and VEX, you can buy COTS products and use them for your own benefit.

The shipping time during build season is incredible, but still takes around a week to arrive in Israel. For North American teams – you can get your order shipped to you within the next day. Don’t forgetthat some products go out of stock very quickly. Last year it happened with Pneumatic wheels, and teams who snoozed could only get them very late in the season, impacting heavily the quality of their machines.

If you don’t have the best plane – be the best pilot. Choose your drivers early and let them practice. Then force them to practice more. Good drivers make bad robots win. Try to have a full size practice field and just let your driver’s play 10 hours a week. That should do. If they reach 100 practice hours before their first event, they should be good. Also, there’s nothing wrong with picking your drivers in the off season and letting them practice year round. Most of the work isn’t very different from year to year, at least for the driver of the chassis.

So, now that we saw these methods – what’s the best fit for your team?In my opinion,all of them together: Take all methods and combine them into your own winning recipe!

Before you go and win, here are a few tips you can use in your next robotics competition 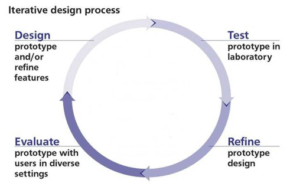 This should give you some tools on where to start to make your robot better. Just dive into it and you’ll see that you like some of the tips more, and some of them a bit less. Keep what you like, discard what you don’t and build your own recipe for success. 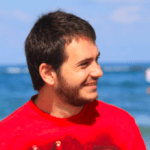 Started the Program as a student at 2006, been involved ever since.

Try CoderZ™ now and take your STEM class to the next level.