A STEAM-based curriculum involves hands-on environments, allowing students to fully interact with modern technology and better prepare themselves for the future. Hands-on learning can keep students fully engaged with lessons and get them interested in the potential real-world applications of tech-related subjects.

Transportation technologies are fascinating to a large number of STEAM students, and these technologies provide an ideal avenue for hands-on learning. Thanks to the recent rise in AI and automation in a number of tech industries, it’s easy to integrate self-driving cars and other forms of new technology into your lesson plans.

The Evolution of the Self-Driving Car

While we tend to think of self-driving cars as a modern concept, engineers have toyed with the idea since the 1920s. Inventor Francis Houdina first unveiled a remote-controlled vehicle in 1925, taking it on a test drive through the streets of Manhattan.

It’s unclear why his invention didn’t catch on, but your STEAM students can test out theories by building their own small-scale self-driving car operated via remote control. Whether constructed using a prepared kit or just letting your students run wild with motorized components, building a remote-controlled autonomous vehicle can help your students better view this technology in action.

Outside of the classroom, forward-thinking companies including Google and Tesla have made great strides in the realm of autonomous vehicle technology. Google unveiled a driverless car prototype in 2014, which has traveled more than 2 million miles to date. The Tesla company, however, achieved a more somber milestone in 2016, when a Tesla Model S operating in autopilot mode crashed, killing its human driver.

A similar fatal Tesla crash followed in May 2019, leading many to question the reliability and safety of self-driving vehicles. Further, these crashes open up the subject of legal culpability: Who is ultimately responsible for motor vehicle accidents caused by driverless cars? This question is an interesting one to pose to your STEAM students and could result in a lively, informative discussion using practical experience learned from building their small-scale vehicles.

In some ways, building a vehicle, whether a full-size or model version, is a form of art; the process is grounded in the modern STEAM model. By adding “A” for art into the STEM acronym and overall curriculum, educators can better adapt to cultural and economic changes. Under the current STEAM model, the arts are no longer separate from the sciences, ensuring a well-rounded education for students.

Recent innovations in photography are a prime example of the ways in which science and art co-exist, and those technological strides can be used within the realm of self-driving cars. In 2015, researchers at MIT began to develop a new generation of digital photography hardware and software with the goal of eliminating the need for Photoshop. The technology allows users to accurately capture images that require little to no retouching, thanks to a combination of new sensors and algorithms designed to correct exposure, contrast, and color distortions in real time.

In the classroom, your students can test the viability of MIT’s photographic technology by comparing images of their model autonomous cars and components taken with the prototype camera versus those taken with traditional digital cameras and smartphones. As amateur photography has become a cornerstone of popular culture, experimenting with this type of technology offers almost infinite real-world applications. Your students can also try to capture images of staged autonomous vehicle crashes in order to determine if cutting-edge photographic technology could be helpful in preventing and/or properly documenting accidents.

Online learning solutions can also be used to teach the principles of self-driving vehicles, including the programming and hardware required to make them work and the physics involved. CoderZ can help students by giving them access to gamified simulations in which they can create and evaluate their coding to solve real-world problems. This platform has many applications when it comes to the subject of self-driving cars. With real-time feedback, students are able to quickly grasp the programming involved and understand the challenges self-driving technology presents to the auto industry.

The Value of a STEAM Education

As a passionate educator, you likely have a firm grasp on the benefits of a STEAM-based education, and statistics are on your side. STEAM students learn how to think critically and creatively, actively exploring a variety of paths to reach a conclusive answer. They also have a leg up when it comes to future job prospects: Job growth in the STEAM fields is faster than average and is expected to climb 14% between 2010 and 2020.

Future employers will be on the lookout for candidates with creativity as well as interpretive skills; thus, STEAM students are more likely to climb to the top of job prospect lists than traditional students. By offering your students the opportunity to experiment with emerging technology in the classroom, including self-driving cars and digital photographic hardware, you can help propel them towards greatness.

JoriHamilton isawriter and journalist fromthePacific Northwest who covers social justice issues, education, and politics. You can follow her work on twitter @HamiltonJori, through her portfolio or through LinkedIn. 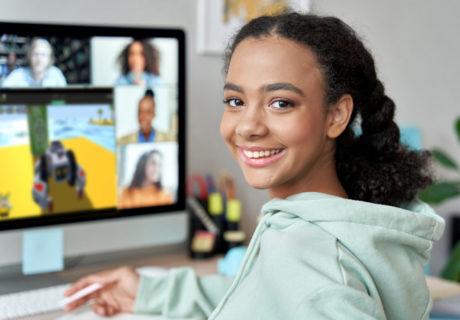