CoderZBlogShould We Take a Second Look at How We Teach These Days?

Should We Take a Second Look at How We Teach These Days?

Enjoy part I of a three-part series written by our featured guest writer, Maria Anna van Driel, of the Next Truth magazine and podcast www.nexttruth.com

From Wikipedia to a novel invention

In my article “The Very First Letter of STEM is Science” I wrote, ‘Nowadays, young people have free access to a high speed electronically world we have become to know as ‘The Internet’. Wikipedia in this is a frequently visited site for students to upgrade their already possessing knowledge.’

In that same article, I asked the question of how reliable the written knowledge we can find on the internet, truly is. In this, I was aiming my thoughts on how far we are allowed of applying a form of creativity and critical thinking to this avalanche of information. Are we allowed to take this information, discuss it, break the taboo and convert it all into a new evolution in science?

l learned a sad fact and it is bothering me immensely!

As the owner and founder of the scientific magazine “The Next Truth” and an investigative science journalist, I got the opportunity to work in the midst of the smartest and most dedicated people I have ever met in my life but, that was not the only thing I saw. Although these people have brilliant minds, I saw that some of these people are stuck in their own narrow-minded thinking and processes as well. This shows a result in a large number of our scientists and aspiring students writing down their best ideas and novel theories in their spare time and then hide it away in the most remote drawers they can find in their office because it is said to be too “farfetched”, labeled as “Pseudo-science” or “hypothetical nonsense”.

Why? Because the narrow thinking majority is so used to the framework of accepted science or, the looks of the diversity with robotic devices and the advanced and complicated task they can perform these days, they have forgotten that these incredible, sometimes ‘life-like devices have, like with everything in life, an origin.

Although mythology, for instance, is considered as a study for those who like ‘chasing dreamy stories’, many mythological stories speak of evolution in, for that particular time in history, advanced technology. Think of Hero’s engine for instance…a simple, bladeless radial steam turbine that spins when the central water container is heated. And there is a lot more cool technological stuff we can find in our history!

Personally, I think it would be a super cool idea, and challenge, for young people to dig into the historical devices created by The Greco-Egyptian mathematician and engineer Hero of Alexandria, or the robots of DaVinci, Newton’s Orbital Cannon, Graham Bell and many more.

I think that it would be a fun and creative way for young people to try to build these historical devices and refine and convert them into modern devices. The results could easily turn out to be very helpful for, for instance, the space sector or the medical sector.

With that being said, the answer to the question of ‘why such hard-working honorable people in this one society called (accepted) science, have missed this amazing change in widening their brilliancy’ is both mind-boggling and surprising when being thrown on the table. It turns out that what keeps many working in our large scientific community from responding to new problems and new ideas is their own form of narrow-mindedness.

The irony is that we can see somebody else’s narrow-mindedness but in fact, it is that same attribute that traps us in our own tunnel vision that impacts our personal lives and work. But maybe you will be happy to know that we are actually hardwired to be narrow-minded. A nasty little fellow that is tapping us on the shoulder from the moment we get up.

There is a barrage of more sensory data than we could possibly absorb, process, retain. I don’t know if your mornings are like mine but when my alarm goes off Focus Online is reporting the latest bad news going on in the world, my husband wants to talk about what we are going to do that weekend, the Sun is streaming in, I smell the coffee from the kitchen…so what do I do? Yep, I pick up my tablet, rifle through my emails, maybe I respond to some, and I look at my agenda and I haven’t even gotten out of bed yet!!!

And so, this is where real narrow-mindedness is. Actually, it is crucial to our functioning. It allows us to make sense, very quickly, of all the things we are hearing, smelling, sensing, and touching. We need to decide really quick which of those things we need to pay attention to and what we need to worry about and what we should just dump.

Odd as it might sound but this fast and frugal processing that we do in our brain is actually very helpful because it allows us to preserve a lot of that power for the critical functioning things that we need to do during that day and beyond.

How conventional thinking shuts down innovation in things that could save our lives.

Two researchers from an outpost in Western Australia, Robin Warren, and Barry Marshall, thought they had found that ulcers actually came from bacteria but of course, everybody knew, including the science dogma, that ulcers are the result of spicy foods and too much acid in our gut.

So these guys tried to get their science funded but walked up to a bureaucratic wall. They were literally laughed off the stage in scientific meetings. Barry gets a little desperate and decides to drink a dish full of this bacteria. Sure enough, he developed severe gastritis over the next couple of weeks but, with a normal course of antibiotics, he is healed completely.

And so they published the results in a reputable journal and what happens, the industry goes berserk! Top researchers in the world call them ‘Mad Men’ and they call their hypothesis ‘crazy’. Barry reports that, at that time after these findings had been published in a reputable journal, the only people that would continue to report his findings are Reader’s Digest and the National Enquirer. To cut a long story short, in 2005 these bio revolutionaries won the Nobel Prize for Medicine.

It seems that we are left to wonder what other discoveries are trapped in the laboratories because of conventional thinking. Novel discoveries which not only are in the science of the medical field but of all industries.

Innovation and our own brilliance starts where narrow mindedness ends

Personally, I think that we have become this remote from feeling comfortable exploring the myriad possibilities ALL sciences are offering, lies in how we teach young people. I mean, once we created our world(s) by voicing our thoughts, dreams, and experiences with each other with an open mind. Today we accept the avalanche of information we read on this electronic highway, aka the internet, without giving it a second thought.

Creativity has almost disappeared from our existence and thus this world what once connected us with ourselves, other humans, and animals on a psychological level. Today we are being ridiculed, rejected, when expressing the belief in, for instance, an infinite realm of potential being, aka multiverses, of which our universe is regarded as being a part. Why? Because many online articles we find on websites like Wikipedia has written it all in a dispensable box and glued this label “crap factor” to it.

Question, Be Obsessive, And Dissent

Oh, please, do not misunderstand me, Wikipedia is a perfect place to start for young people to strengthen their already possessing knowledge. Through reading these online articles, thinking about the content, and discussing it with fellow students, new scientific questions can rise and novel inventions spawn.

Think about it, what if MIT never gave their students the chance to expand their creative minds and, what if NASA never hired these people who are thinking outside the box? Would we have seen Perseverance Mars Rover touch the surface of Mars or, carry the Mars helicopter?

So, be outrageously curious, question the status quo and, be obsessive about diversity and dissent because innovation and our own brilliance start right there! 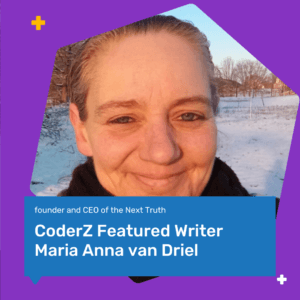