Programming is a great skill for any child to learn and develop. Kids programming basics are something that anyone who will one day work with computers should have a handle on. However, there are so many different kids programming languages, it can be hard to decide which one will be the best to pick for your students. Here is an overview of the five best programming language to start with for kids who are interested in learning to code: 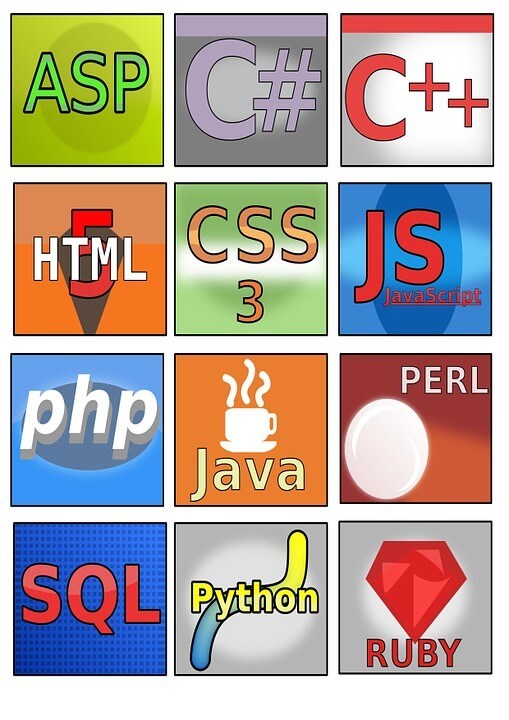 Python is a programming language that reads like normal speech. One rarely has to add comments to the code because Python code that is written well enough reads as if the comments are already included in the code. If your kids or students are going to learn something like coding, then you would want them to get a basic grasp on how to think like a programmer. With Python, students will have very few obstacles with regards to learning how to program. They will be able to learn how to construct programming ideas within their heads and then focus on transferring these ideas into instructions that the machine can interpret. Python also has a “batteries included” philosophy, which refers to the tremendous amount that can be done just by simply researching and using the core Python libraries. Many of the common functionalities that programmers need are already built into the programming language, which makes this a great language for kids to learn.

Ruby has the most readable syntax for beginner programmers. Instead of spending a lot of time explaining the code that students are typing into machines, a lot of it will be self-explanatory for them. This is a really important factor for children who are still learning the concepts of programming. At the end of the day, programming children will help them to learn the concepts in order to write good scripts. Ruby is a very robust language and it was originally used to create Twitter, so you can immediately show students that the application is a tool that gets used in popular platforms.

Java is arguably a bit harder to learn than either Ruby or Python, but choosing Java as a first-time programming language will make learning any subsequent language a bit easier for students. Many students have already thought about creating their own apps or websites but simply don’t know where to start. Java has been around for two decades and there are so many online resources, toolkits and tutorials that virtually anything can be created from the ground up using Java. There are a few initial hurdles to overcome, such as installing JDK and understanding how the syntaxes work, but the object oriented setup of the programming language makes it easy for students to progress. Java looks similar to C and C++, but offers more functionalities, thereby enables students to create more robust programs.

Many computer science experts and developers have different opinions about whether a student should start with C++ or not. This programming language can look a bit like math and might put students off the idea of learning to code. Once the basic fundamentals of programming are understood, however, C++ can open many doors into the world of programming. Many of today’s most successful programmers started learning to code with C or C++.

children’s programming language scratch – If you have a classroom of kids who are interested in creating animations, interactive stories, art or music, then Scratch is a coding language that can be learned online for free. While this language is simple enough for children, there are enough functionalities and options that even experienced programmers use the language.

Scratch also has a very interactive online community where people share their artwork and games with each other, which can further engage your students.

As a teacher or mentor who is researching different options, it’s important to know that each language will have its benefits and drawbacks. The important thing is that your students learn the concepts behind the programming, such as the logic behind writing code, how to use constructs and tricks of the trade. CoderZ is an online learning environment designed to teaching kids from age 10–18 to learn how to code virtual and real robots. Find out more about CoderZ by Intelitek.

Talk to other teachers, STEM professionals, and STEM lovers. Share your thoughts and be part of the conversation. Join this online community for STEM, coding, and robotics professional.