Students nationwide began a new season of fun early this morning when the Bootcamp of the Cyber Robotics Coding Competition kicked off. Hundreds of schools and class teams from over 30 states already have begun competing in the new season of the competition.

In early 2019, surveyed educators praised their students’ experiences with the 2018-19 Cyber Robotics Coding Competition (CRCC), with the vast majority (98%) saying the content provided a foothold for computer science and STEM learning and a whopping 100% reporting that their students were engaged. 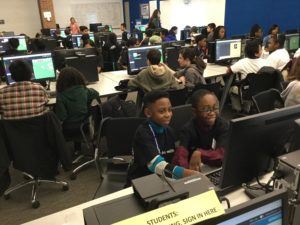 During the first phase, a two-week boot camp, students and educators begin learning about coding and robotics in a virtual, highly scaffolded “sandbox” on the competition platform, the award-winning CoderZ Cyber Robotics Learning Environment. The cloud-based platform features a graphical simulation of LEGO Mindstorms EV3 robots; users activate the virtual robot, or “cyber-robot,” in game-like “missions” and watch the results in a real-time simulation.

“A core value of CRCC is to show that anyone at any age can learn robotics and coding,” said Ido Yerushalmi, CEO of CoderZ. “We want to promote equity, inclusiveness and get all students involved. So, during boot camp, we track four things: student inclusiveness (how many students are involved out of a school’s overall student population), diversity (gender), score (missions completed) and students who finish all the boot camp missions.” Teams with high participation, gender equality and who finish all the missions can win awards. All the teams then begin participating in the competition phase and qualifiers phase to earn a spot in the finals.

“Boot camp is not required, but skipping it could put your team at a disadvantage,” continued Yerushalmi. “We also strongly encourage all students – even those with some coding experience – to go through boot camp so they can familiarize themselves with the CoderZ platform, and perhaps more importantly, help their peers who may be completely new to coding.”

Teachers and schools can sign up to join the competition any time before November 1. 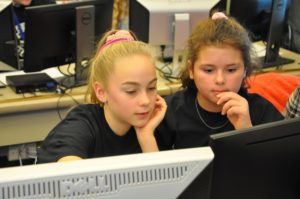 Organized by ISCEF, the Intelitek STEM and CTE Education Foundation, the national CRCC is the first-of-its-kind, online coding and robotics tournament for students in grades 5-8 that enables schools, districts, after-school programs and clubs to engage students in STEM learning. On October 29, students will move on to the competition and qualifiers phases in which they will compete to earn points for their teams and qualify for the finals. During the finals, which start December 6, teams of students will represent their schools as they take part in in-person regional events. This season for the first time, the competition will also include the option for an in-school finals where each school can hold their own finals event to crown the best class and the best coders in the school.

“The best thing about CRCC is that teachers or students don’t need prior coding or robotics knowledge to compete,” said Yerushalmi. “Plus, all students need in order to compete is a laptop or Chromebook with the latest Chrome browser, 4GB of RAM and Internet access – eliminating physical and cost barriers to participation.”

CoderZ is an innovative and engaging online learning environment. Developed for students in grades 5 and above, the gamified STEM solution allows students to work at their own pace, easily programming real and virtual robots from anywhere in the world. The platform enables students to acquire computational thinking, problem-solving skills and learn coding as a life skill all via a flexible and scalable virtual solution. For more information go to www.gocoderz.com

ISCEF is a non-profit organization focused on resolving issues of accessibility for K-12 and Post-Secondary public institutions in the US that want to implement modern technological education to better their students. Working together with local and national corporate, industrial, and non-profit partners, ISCEF aims to assist schools in the funding of programs that will enable their students to discover STEM and CTE subjects in a more meaningful way.