When thinking about a successful career in the fields of technology, innovation, leadership and building the roads we’re all going to walk through in the near future there are a few names that come to mind. Steve Jobs, Bill Gates, Mark Zuckerberg, Sheryl Sandberg and even Joseph Gordon Levitt (who –not so long ago- founded Hitrecord).

Even though these leaders deserve respect and a huge applause, there are other people making and creating a tremendous impact ona bigger scale. People that are influencing directlythe paths an entire country is going to walk through.

Megan Smith’s work and vision is absolutely laudable. We think she deserves this humble obeisance and, today, we truly wanted to share her story with you.

The way from Google to the White House

After finishing her work and studies atMIT, Megan worked in different and various start-up projects. She worked for Apple and General Magic before joining what was her last big step before becomingpart of the Google family: Planet Out.

Her career at Google was a significant success for her and for the company. She ended up being their VP of Business Development and led various and very important partnership processes across different countries and teams.

The projects she led for GoogleX (now known as “X”, after the appearance of Alphabet), are still running and successful. In a way, she wrote the road mapmany people are using today.

Today, besides being the CTO of the United States of America and part of the governments leadership within the Office of Science and Technology Policy, she also serves as part of the board for the MIT Media Lab and also on the board of Vital Voices.

“It’s an honor to be here. It’s part of service. Technical people, like most people, are driven by mission”

Of course, she is an extremely active defender of STEM education and the innovation field, believing in it, fighting for it.

As Megan herself said in an interview given to CNN, she doesn’t only believe in the impact and power of technology and in working for a deep, meaningful purpose. She also thinks that teams made out of talented people can take any project to success.

That’s exactly why she built a team of respected, diligent and smart people to achieve the goals of the role she assumed after leaving her challenging, yet comfortable, position at Google. 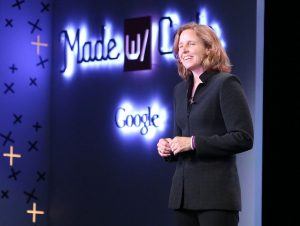 Just to mention a few of her additions to the Office of Science and Technology of the White House, we could consider DJ Patil, a former LinkedIn team member, who joined Megan as the first chief data scientist of this new governmental office.

With him, Alexander Macgillivray, Twitter’s former General Counsel, joined the small and very busy team as the deputy CTO, encouraging others in his industry to do the same:

“The greatest thing that I can do is to bring more talent. (…) of people who are passionate about solving key problems, and get that passion unlocked from everybody”

Technology, EdTech, Coding and the near future

Today, the members of this elite group who are enlightening the entire digital world, are Estonia, Israel, New Zealand, South Korea and the United Kingdom. 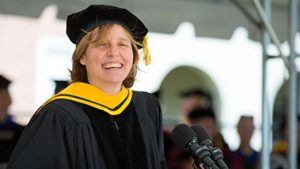 One of the criteria to be part of this group is to teach coding to all children in their country, and the United States strongly desires to join theDigital 5 very soon. Yes! That means teaching coding skills to every American kid!

The creation of the STEM system encourages teachers and students to create interdisciplinary activities, which include coding and programming. Therefore, tools like CoderZ help make this wish happen.

If more kids learn how to code, the tech literacy will be even higher. That, will increase the possibilities of the United States to join institutions like D5 one day, much sooner than later.

Since Megan is a proponent of the mentioned field, we have no doubts the United States will one day, be part of this exclusive and honorable group.

We want to thank Megan for her spirit, her mindset, her strength, her courage and her brilliance.

We were amazed to read, write and to research about her. We’re sure that she is the kind of partners we need to keep enabling today’s kids to get the skill set they’ll need tomorrow. Thank you, Megan Smith!