Enjoy the first piece written by our featured guest writer, Maria Anna van Driel, of the Next Truth magazine and podcast.

When we think about ‘making a difference’ we seem to fall for the myth that when we set out to do something, it has to be enormous to have any effect at all. I have learned that it does not have to be the case. As well as ‘the step’ some of us do not see when trying to make a difference, is that particular action part.

Sure, we have all had that spark of inspiration where we wanted to do something that will outlast our physical form. But we get stuck in over-thinking the avalanche of opinions from our network and thus keep dreaming about a perfect idea. Then, as we share the idea with others, we get told to quit while we are ahead. I am telling you not to quit! Anyone can make a difference in the world. Start by believing in something bigger than yourself and inspire one person at a time.

How Do We Change

Unfortunately, too many educational leaders and teachers listen to this mindset and get stuck on this plane containing transparent borders. As a result, the fiery curiosity and brilliant minds of young people are dimmed by an outdated way of teaching. Although there are many educational leaders who find their comfort in teaching this way, there is an equal number of mentors who want to expand both their teaching skills and the learning capabilities of their students by exploring the possibilities of new forms of teaching.

Is there an instant solution for bringing a new way of teaching to the attention of many? Personally, I don’t think there is but, we could start with parking our fear(s) in a closet and start asking students questions instead of telling them what to do and/or think.

“This semester we are going to discuss and explore the topic (X), what do you know about it?” Or, “We are walking up to the problem (X), how do you think we can solve it?”

Giving young people the opportunity and freedom to challenge their own brilliant minds can create an amazing shift in incredible, novel inventions and perhaps even a scientific triumph.

In a nutshell, we are hardwired to be narrow-minded – this helps our brain distinguish what has the priority of our attention that particular day. But, we could initiate this change by losing a few of our own fears and treating young people for what they are… Brilliant minds!

So, you as an educational leader can start with disconnecting from the outcome and aiming your energy into achieving something small first. And even these small actions will feel insignificant at the time; the results will come as you hone your skills even more.

Let them explore the wonderland of science!

Working in the midst of brilliant and open-minded scientists from all over the world and having the opportunity to speak with them in person as well as via email and social media, I became more and more familiar with their awesome theories and jaw-dropping theorems of which I am positive of that young people can build their scientific career on.

Over the years I have also learned that young people have an extreme hunger for absorbing this knowledge as well as unraveling the mind-boggling complexity within the research many universities and institutes are conducting. But, to be honest, while visiting some of these institutes, I missed the playful excitement in guided tours and the explosive talks for young people to become enthusiastic to study a particular field and choose a heading aimed towards a scientific career.

Our next generation of male and female scientists possess a flexible and fiery curiosity that seems to be, unfortunately, diminished by too many adults. This enthusiastic curiosity should be, in my opinion, kept charged by letting them explore the myriad opportunities the wonderland of science has to offer them. Because, who does not get inspired by technologies like the lightsabers from Star Wars, the mysteries of Time Travel, or space ships exploring the most remote corners of our cosmic freezer while using advanced plasma engines. Well…I do, I do!

I am of the opinion that it will be an outstanding moment when educational leaders keep alive this fiery curiosity young people show such passion by addressing and showing their own enthusiasm in the field they are an expert in. They need your support in being inspired by what will unlock these brilliant young minds of the next generation of engineers, astronomers, psychologists, chemists, physicists, among others.

So, as the owner and founder of the scientific magazine “The Next Truth” and as a passionate science geek, I want to make an important call to you as an educational leader; Inspire young people to explore the wonderland of science by giving them the change to challenge their minds and to free their curiosity. 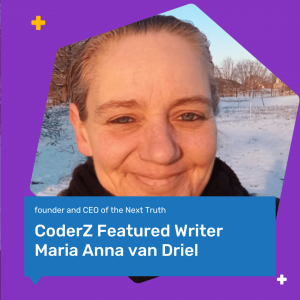