CoderZBlogLet your students code their way to success

Let your students code their way to success

Code is not the first thing that springs to mind when parents think of new skills to equip their children with.

In our modern, technologically driven society, however, learning code and having the skills that code develops is now becoming a massive advantage.

WHAT IS SO SPECIAL ABOUT LEARNING TO CODE?

Most people now understand the value of being computer literate. Worldwide, 88% of graduates enter the job market literate and able to use a computer. Research shows code is the new, modern skill to learn and may be just as important as computer literacy or even learning a second language.

The internet is based on code. Multimillion dollar corporations like Facebook, Google, Instagram, Airbnb, Snapchat and Uber are outstanding ideas that wouldn’t be real if it wasn’t for theircode.

Corporations are coming up with new apps, sites and algorithms every day. They need people who know code to actually develop them. Hadi Partovi, co-founder of Code.org estimates that over 1.4 million programmers are needed in the next ten years.

According to Partovi, the average pay sits around $53,000. With these figures, it is not a surpriseto see that Payscale.com rates computer science as the “third most valuable college major”.

But what if your child doesn’t have an inclination fortechnology or math? A career as a developer, although lucrative, is not desirable for everybody.

According to Matt Mullenweg, creator of WordPress and CEO of Automattic, coding develops other, very important, skills that are super useful to every company.

The skills you get by learning how to code

“Pretty much anything you’re going to do in a modern information society, if it’s connected to a computer, knowing how that computer works and being able to modify it is just invaluable.”, saysNathan Blecharczyk.

The cofounder and Chief Technical Officer (CTO) of AirBNBcontinues, “Even if kids don’t eventually pursue a career as a programmer, learning how to think like one helps hone logical thinking and problem-solving skills.” 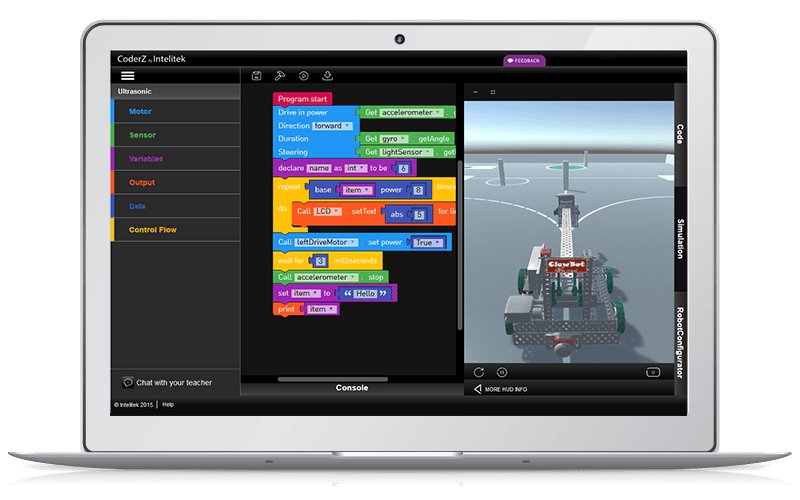 Children can learn to break large problems into smaller ones- solving them to reach a simple, unified solution.

In addition, code teaches children to understand people’s needs and offer solutions for them. Also, coding relies on working with groups so children can learn the value of teamwork.

What do kids learn in coding classes?

Code, in most cases, is made up of three different “languages”- HTML, CSS and Javascript. These three combine to make websites, programs and apps. If you want your children to know more about these languages, consider enrolling them in available code courses.

See our recommendations for the best programming languages for kids.

Code Courses: Where and how to learn code?

Coding is a relatively new science so most schools do not offer courses in coding. They do not have the computer rooms or teachers with the relevant programming skills.

That is changing with the appearanceof STEM education. STEM, among other things, is allowing kids to learn how to program or code as part of the school curriculum.

Besides the classes kids will receive when at school, there are many online resources available. These courses contain online tutorials and often have an interactive approach.

For example, using a web-based 3D simulator,CoderZ is an online learning environment, complete with videos, academic curriculum, and lessons. That means, that after learning with CoderZ at school, kids can keep practicing and progressing in their engaging projects when at home.

“Kids should learn coding through building applications, and not just learn it as a purely academic subject (…)”

Mullenwag, on his end, believes coding is the language of tomorrow. “I actually believe that coding is like the new literacy, and it’s going to be as important to code in the future as it is to be able to read and write today”.

It’s up to you, but the world is changing and the abilities that’ll be required from the next generation of leaders are much more oriented into computational thinking, problem solving, coding and programming. Maybe the key is to find a gamified educational tool that will keep your kids engaged and happy while learning how to code.

Want to get more cool ideas and feedback for your STEM class? Join now this Facebook community of STEM professionals!